Thank you, God.
You gave me such a good birthday present.

At first, I made an appointment in Sept.
The day before I should take that, I had a big argument with David when we practiced.
So I canceled.

Then I made another appointment on my birthday.
Actually I didn't do that on purpose at first.
That was the first day I could take the test.
Later I thought that may a good idea. I may tell that guy who test me that day was my birthday.

I got the perfect score both in maneuverability test and road test.
I can't believe that!!!

Fianlly, I can drive by my own. 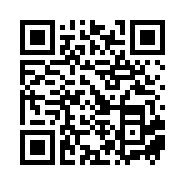